Deonte Smith, a 911 dispatcher from Atlanta, Georgia, was the only operator on duty when he received a late night call from a woman claiming to be his girlfriend. The young woman was a rape victim who had been kidnapped and was being brutally assaulted while she spoke with Smith. Her attacker ordered her to call her boyfriend so that he could listen to the assault. The woman managed to discretely call 911 instead. Fortunately Smith realized what was happening and played along while dispatching police officers to the scene. He spoke with the attacker and tried to convince him to stop the assault. .

Smith’s ploy bought police enough time to reach the crime scene and arrest the scumbag. Robert Giles, the 27-year-old rapist is in police custody without bail and faces charges of rape, false imprisonment, and obstruction. Smith is being hailed as a hero, but he disagrees. “I’m glad I was there to help her,” Smith told ABC News. “I mean I can’t say it enough.” When asked if he had a message for the woman Smith said he would like to tell her “You saved your own life with your quick thinking.” 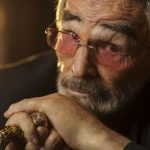 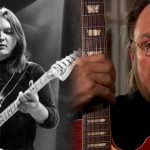