Rachel went to the doctor recently with a strange and frightening issue involving a “tracking device” she believes was put in her skin.

Rachel claims that in 2014, the man who she alleges sexually molested her as a child showed up at her house and urged her to obey his orders, according to an episode of Dr. Phil.

Rachel claims she was pushed into a life of sex trafficking from that day forward, and she has been under the close watch of her abuser and other men in control of her to the point that she needs to leave her home and husband in the middle of the night to meet with them.

Despite the fact that her allegations have been regarded with suspicion, Rachel claims to have discovered — and literally cut out — a little metallic object from her leg. She was adamant that it was a tracking device.

Rachel approaches a doctor to have something more removed from her arm after discovering a small encapsulated lump beneath the surface in the video below.

See why the doctor thinks it’s clearly not normal skin tissue in the video below. 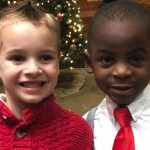 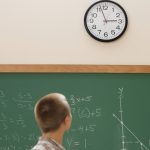