Today Army Col. Judge Jeffery R. Nance decided that Bergdahl will be demoted to the rank of Private and dishonorably discharged. Bergdahl will also be required to forfeit $1,000 of his pay each month for the next 10 month. He will not be required to serve any prison time.

The prosecution had asked the judge for a 14-year prison sentence arguing that Bergdahl’s actions were directly responsible for life-changing injuries suffered by the soldiers who were wounded while searching for him.

While campaigning for the Presidency in 2015, Trump said “We’re tired of Sgt. Bergdahl, who’s a traitor, a no-good traitor, who should have been executed.” Now Sgt. Bergdahl says being called a traitor makes him feel insulted.

In 2009, Bergdahl abandoned his post after “lagging behind” on a patrol. After being captured, the then 23-year-old soldier appeared in multiple Taliban videos where he made derogatory comments about the United States.

Bergdahl spent five years as a Taliban captive under what he described as “brutal conditions.”

In 2014 President Obama obtained Bergdahl’s release in exchange for five high level Taliban operations managers. President Obama defended the heavily criticized exchange saying the U.S. does not “leave our men or women in uniform behind.” Upon his release, Bergdahl was the subject of an investigation to determine if he was a heroic POW or a deserter captured by the enemy. Bergdhal was formally charged with desertion in March of 2015. He requested a presidential pardon, which Obama denied.

During his sentencing hearing this week, Bergdahl offered an emotional apology for his actions.

“I would like everyone who searched for me to know it was never my intention for anyone to be hurt, and I never expected that to happen,” he said. “My words alone can’t take away their pain.” 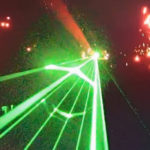