Rachel Evans grew up in London and, like many teenagers, struggled to find her place in the world. Even now, looking back at childhood photographs is tough because they remind her of more stressful days.

Rachel claims she was bullied and beaten in high school. Because she grew up without a father and her mother battled depression, her classmates picked on her.

She sought aid from a therapist to help her cope with her own spells of despair.

Rachel began modifying the style of her clothes, hari, and makeup in her mid-30s and discovered that the more pink she wore, the happier she felt. Barbie, coupled with Barbie’s concept that “you can be anything,” became a source of inspiration for her.

Rachel recognized she wanted to appear like Barbie at that point, and she has since reconstructed “every inch” of her face to meet her aspirations.

Rachel has had over 100 surgeries performed on her, including breast implants, fillers, and Botox. Not only that, but her love for Barbie can be shown in her “Barbie Dreamhouse” and every bit of clothing she wears.

In order to disguise any traces of aging, the 49-year-old continues to follow her procedures. 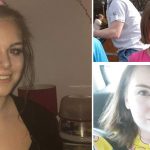