Sir David Attenborough may be the most well known naturalist of the last century. For more than 60 years he has helped reveal the wonders of the natural world to viewers around the globe.

He has just turned 92-years-old and doesn’t seem to be giving up on his passion any time soon. Sir Attenborough is currently working on the highly anticipated Blue Planet II, but admitted to the Telegraph last month that he is struggling to recall “proper names” while writing scripts for the new series.

“There were these searing yellow fields and I can’t think of the damn name,” he said to The Sunday Telegraph 24. “I wanted to say something about it but I couldn’t and it wasn’t until we got quite close to Geneva that I thought, of course, oil seed rape.”

Attenborough is aware that he won’t be around forever, but he’s confident the next generation will do what’s right. “I’m optimistic because of children. I see a lot of children, children write to me, and it is my impression that over the last 60 years, they have become aware, and it is their belief that the natural world is their inheritance.”

Watch his interview with 60 Minute Australia’s Charles Wooley before his milestone 90th birthday. 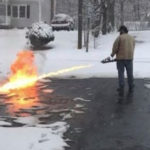 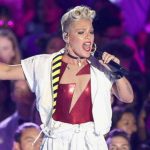