A fireworks factory just outside Mexico City, Mexico exploded leaving 31 dead and more than 70 injured. The seemingly endless cascade of explosions spread to the surrounding fireworks market. According to the Wall Street Journal, this is the third time in 11 years the sprawling market has been destroyed by similar explosions.

Mexican President Enrique Peña Nieto expressed his condolences over twitter saying “My condolences to the relatives of those who lost their lives in this accident.”

Dark plumes of smoke fill the air as first responders race to the scene. Victims have been spread between five local hospitals in an emergency triage. 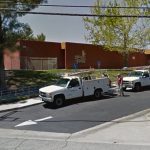