Cindy Stowell won six consecutive episodes of the hit quiz show “Jeopardy!” but she never lived to see them broadcast on air. Stowell died on December 5th, 2016 from complications with stage 4 colon cancer.

When she started taping her episodes in August of last year, Stowell knew she had very little time left. She told a few of the staff members and the host Alex Trebeck, but left everyone else, even her fellow competitors, in the dark.

When she learned she had a chance to appear on the show she sent an email describing her situation to Alex Trebeck and some of the show’s producers,

“Do you have any idea how long it typically takes between an in person interview, and the taping date? I ask because I just found out that I don’t have too much longer to live. The doctor’s best guess is about 6 months. If there is the chance that I’d be able to still tape episodes of Jeopardy! if I were selected, I’d like to do that and donate any winnings to … charities involved in cancer research. If it is unlikely that the turnaround time would be that quick, then I’d like to give up my try out spot to someone else.”

In her first game, Stowell unseated the prior champ, Tim Aten, from his seven-game streak with a single game total of $22,801. By the end of her run she had won $103,801! It was her dream to be on “Jeopardy!” but her condition began to decline. Knowing the end was near, the shows producers sent advanced copies of her first three episodes to the hospital. Stowell was able to enjoy her lifelong dream with friends and family before she passed.

“Cindy came on the show with a mission. We gave her the opportunity to fulfill that mission and she made the most of it,” said Jeopardy! executive producer Harry Friedman in a press statement on Jeopardy.com.

Alex Trebek released a statement expressing his condolences through Jeopardy.com,

“When Cindy Stowell taped her appearance on Jeopardy!, she had Stage 4 cancer. Competing on Jeopardy! was a lifelong dream for Cindy, and we’re glad she was able to do so. Sadly, Cindy died on December 5. Our condolences and best wishes to her family and friends.”

Stowell’s family and boyfriend also released a statement on the website in her memory,

“Cindy came on Jeopardy! to play the game she loved and in doing so, she was able to make a contribution to cancer research in the hopes that no one else would have to go through what she did.” 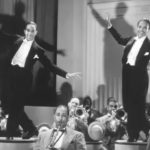 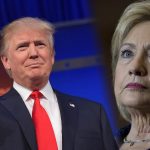