On a Friday morning, Michael Packard, a qualified commercial lobster diver, entered the ocean off Herring Cove Beach for his second dive of the day.

When the 56-year-old was about 10 feet from the bottom, he experienced something very horrifying. Packard recalled shortly after being released from the Cape Cod Hospital in Hyannis, “I could sense I was moving, and I could feel the whale squeezing with the muscles in his mouth.”

Fortunately, the marine creature was a humpback whale rather than a great white shark, as Packard had thought.

“I was completely inside; it was completely black,” Packard said. “I thought to myself, ‘there’s no way I’m getting out of here. I’m done, I’m dead.’ All I could think of was my boys — they’re 12 and 15 years old.”

Packard says he was inside the whale for 30 to 40 seconds. He began to struggle as hard as he could, and he could tell the whale was not pleased. The whale surfaced after what seemed like an eternity.

Packard somehow avoided significant injury during the incident. He only sustained soft tissue injuries. While most individuals would never return to the ocean, he claims he will dive again as soon as his body heals.

“I saw light, and he started throwing his head side to side, and the next thing I knew I was outside (in the water),” said Packard.

After his story went viral, scuba diver Rainer Schimpf shared a similar experience two years earlier, and brought the photos to prove it! 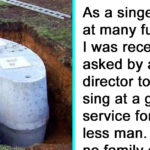 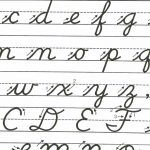