On Saturday a 4-year-old boy fell into a Gorilla enclosure at a Zoo in Cincinatti, Ohio. The incident ended with controversy after Harambe, a 17-year-old 450 lb male Gorilla was shot dead by zoo officials and the boy was returned to his mother. What really happened and who was to blame has been debated ever since. One group of loud voices argue that the animal was simply trying to protect the child, that it was killed senselessly, and that it could have been tranquilized. Another group argues that the Gorilla was putting the boy’s life in danger, that it violently dragged the child through the water, and that tranquilizing the creature could have caused more harm to the boy as the Gorilla became confused and fatigued.
The Cincinnati Zoo Director Thane Maynard released a statement on Facebook:

“We are heartbroken about losing Harambe, but a child’s life was in danger and a quick decision had to be made by our Dangerous Animal Response Team… Tranquilizers do not take effect for several minutes and the child was in imminent danger. On top of that, the impact from the dart could agitate the animal and cause the situation to get much worse.”

There has been backlash in public opinion against the boy’s mother, Michelle Gregg, who blame her negligence as the true cause of this sad event. In a now-deleted Facebook post the mother of 4 released the following statement:

God protected my child until the authorities were able to get to him. My son is safe and was able to walk away with a concussion and a few scrapes… no broken bones or internal injuries. As a society we are quick to judge how a parent could take their eyes off of their child and if anyone knows me I keep a tight watch on my kids. Accidents happen…”

A group known as “Justice for Harambe” is believes that the parent’s of the child, not the zoo, should have taken more responsibility for their son’s safety. The group is asking for an official investigation into the boy’s home life to look for other incidents of parental negligence. On their Facebook page they have posted the following statement attached to the petition:

Animal expert Jack Hanna agrees completely with the zoo official’s decision to end Harambe’s life to save the boy. Hannah, the Director Emeritus of the Columbus Zoo & Aquarium, discusses why killing the Gorilla was the right decision in the video below. 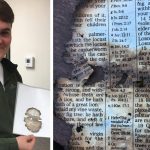 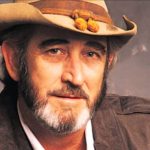