Julie Washington adopted three beautiful little boys from foster care, but that’s when she got an unexpected surprise — there was a fourth brother. Her heart dropped wondering if she could adopt him as well, if he’d be split up from his family forever, and anything else a mother could imagine.

Julie says, “It broke my heart, but I just didn’t feel we could do it. We’d already gone from two kids to five — one with special needs. I felt we’d be overwhelmed and somebody wouldn’t get the attention they deserved.”

That’s when a close family friend stepped in. Jay Houston is a mother of five herself and lives only minutes away. Three days later, they were overjoyed when they got the news they’d be able to adopt the fourth brother, Elijah, and he’d be so close to his brothers.

“It was such a gift from Jay and George [her husband]. The love and gratitude that I felt was overpowering,” said Julie.

Julie’s husband, BJ Washington, said, “The adoption of all four boys has joined our two families for life. Our main goal is to make sure they have the bond that brothers would have in a traditional family.”

“Our lives are infinitely better because these boys are a part of it. I’m so glad that we decided to grow our family this way. People tell us often that our kids are lucky, but the truth is, we’re the lucky ones. We are the ones who have been blessed.” 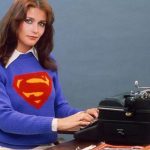 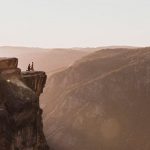