Heather and Mike Martin, the creators of YouTube channel DaddyOFive, were under investigation by Child Protective Services after one of their videos went viral last month. The Martins make a living by posting monetized “prank” videos to YouTube. These videos feature acts of physical and emotional child abuse directed toward the five children in their care. In April of 2017 the Martins released a video where they tricked Cody, a frequent target for abuse, into believing he was being punished for an something he didn’t do.

Heather and her husband spilled disappearing ink on Cody’s carpet and then blamed him for the mess. In the now infamous video she can be heard yelling “Get your f****** ass up here,” and “What the f*** did you do?” until Cody collapsed into tears. The Martins then started pointing and laughing at the traumatized child and told him it was all just a prank.

Viewers around the world were outraged by the latest video. The Martins were thrown into the public spotlight and quickly deleted all of their videos, many of which showed them violently abusing the children or encouraging the children to hit one another. An online petition with more than 20,000 signatures called on Child Protective Services to intervene.

This was given to me just now.

Rose Hall, the biological mother of 9-year-old Cody and 12-year-old Emma, announced this week that her children have been removed from their father’s care. This week the children were placed in emergency custody and removed from the Martin household. Cody was often targeted for abuse by his father and his three older step brothers. Their “pranks” included smashing his toys with hammers, tricking him into thinking he would be adopted, and beating him in the stomach and genitals.

Emma was subjected to similar abuse. In one video Mike throws Cody into a bookshelf and then encourages the other children to hit Emma in the face. “Never hit girls,” he says, “except for your sister, she doesn’t count.” Mike then filmed one of the boys striking Emma in the face until she was left in tears.

Many videos show Cody begging the Martins to stop playing pranks on him. After incredible public backlash the Martins released a video title “Deleting all the Haters” where they claim that all of the children are fine and that the pranks were their ideas. The couple eventually apologized with a video that was featured on USA Today, but the damage had already been done. While the Martins were conducting spin control, Hall was working with the Frederick County Sheriff’s Department and Circuit Court to save her children.

In the video below, Hall and her custody lawyer Tim Conlon thank the YouTube community for their effort and support to help save her children. Hall has taken her children back to her home state of North Carolina where they were reunited with their grandparents and cousins. 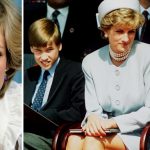 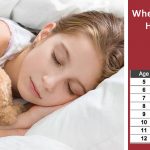