One Red Panda woke up one morning to see a rather intimidating rock. He gets scared and tries to scare the rock right back, but as you can see, the rock wasn’t going anywhere.

Some folks are speculating that the Red Panda probably saw a bug on the rock and that was his way of smushing it, but either way, it’s pretty darn cute!

He goes right back inside because that’s no way to start his morning. Maybe he’ll try again later. 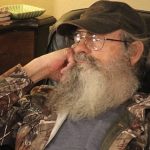 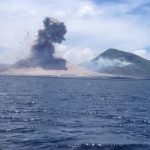