No, this isn’t a late April Fool’s joke, it’s just the world we live in now.

In one of the strangest Twitter wars to date, the granddaughter of the infamous dictator Benito Mussolini has come to bat to defend her grandfather against actor Jim Carrey.


For those who missed basic modern history, Benito Amilcare Andrea Mussolini was the leader of the National Fascist Party in Italy whose dictatorship came to an end during WWII.

He and his mistress Clara Petacci were captured in an attempt to flee to Spain after allied forces took control of northern Italy. The couple was shot two days before Hitler and his wife committed suicide.

The corpses of Mussolini and his mistress were dumped on the ground in the old Piazzale Loreto by the Italian people. Their bodies were strung upside down from a gas station where they were stoned by a crowd of civilians below as an act of revenge against years of brutal Fascist rule.

Keep that prologue in mind while reading Jim Carrey’s tweet from last weekend:

Alessandra Mussolini, granddaughter of the brutal dictator, took offense and replied to Carrey.

Carrey did not reply, but plenty of other readers did and Alessandra took further offense.


While it’s pretty common for most people to defend their family’s honor, it doesn’t make much sense to do so when the party in question is Il Duce himself. 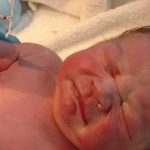