Fred Astaire was one of the greatest dancers of the 20th Century, so it’s no small compliment when he called this historic routine “the greatest dancing he had ever seen on film.”

75 years ago Harold and Fayard Nicholas made history with an acrobatic dance routine set to Cab Calloway’s Jumpin’ Jive in the 1943 hit film “Stormy Weather.”

Not only is the routine an absolute feast for the eyes, it was completely unrehearsed and captured in just one take!

In 2001 the film was added to the Library of Congress’ National Film Registry for it’s cultural, historical, and aesthetic significance.

If you ever have a chance to see the film, take it, but for now please enjoy its most memorable dance number below. 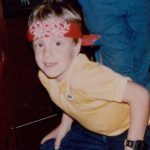