Pop-culture has given pit bulls a bad reputation they don’t deserve, often depicted as the vicious guard dogs of drug dealers and criminals. All true animal lovers know that any animal can be taught hate and violence, but none are born that way.

In an attempt to battle the negative stereotype associated with pit bulls, Stacie Rae English asked her brother if she could share the story of his heroic pitty. She wrote the following message on her Facebook page:

“My brother was walking his pit bull lab mix, Hurley, in our neighborhood field around 10 pm. He walks him this late so he can let him off his leash so he can do what he loves to do, explore all the different smells. They heard a young kid scream and before my brother knew it, Hurley took off after the scream. With my brother close behind, he saw Hurley grab a copper head snake away from the little boy and fling it around, later found out he had killed it. The little boy ran to his mothers vehicle and drove off so fast that my brother was unable to find out any information on the little boy. (We are assuming because they left so fast that he was bitten and being rushed to the ER) My brother then went on to call animal control and the Highland Village Cops showed up to check out the scene. They asked to take a look at Hurley to see if he was bitten. To my brothers surprise, he was bleeding, had a swollen neck and foaming from his mouth. Sure enough, they found two puncture wounds in his upper lip. Shelby rushed Hurley to Denton Animal Emergency Hospital where he stayed the night so they could check his blood clotting ability multiple times through out the night. Shelby and Hurley both got home this morning. Thank God, Hurley is doing a lot better this morning, just seems a little uncomfortable with his swollen face and neck.

It was later discovered the little boy had come across a copper head nest and hopefully Hurley prevented him from getting bitten, or at least getting bitten multiple times. We are still trying to find out who the little boy is and make sure he is okay. Here’s our hero pit bull. I’d like for his story to get around for those who judge his breed.” 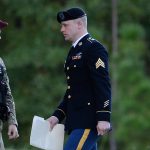 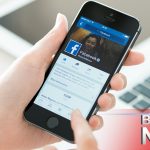