Jonathan Jackson is a five time Emmy award winning actor and he took a moment to step on stage at the Grand Ole Opry to blow the audience away with this moving rendition of “Unchained Melody.”

He’s best known for his role on the show “Nashville.” He was also on “General Hospital.” He’s won like five Emmy awards.

Pretty soon he might be known for his music. Clearly this guy has some real talent.

What do you think about his version? Feel free to let us know in the Facebook comments, and remember to like and share. We hope you have a Nicer Day! 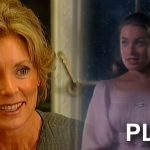