A huge green caterpillar crossed paths with a teenager on his way to class. Before the day was over the bright green creature had faded to a pale yellow. The teen did a little research and discovered the color change meant metamorphosis was imminent, so he too the caterpillar home and provided a safe space for its big change. He documented his experience in a post to tumbler under the name oddity.

So I found this caterpillar on my way to class

I named him chicken nugget

So apparently chicken nugget is a spicebush swallowtail and they turn yellow before they pupate. He was making little silk things everywhere Bruh this caterpie is going to evolve to metapod today my boy isn’t messing around. 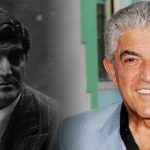