This 1959 performance of “I Only Have Eyes for You” by The Flamingos still stands up to the music of today. It doesn’t get much better than this.

“American Bandstand” had a place in every kid’s home growing up in that time. I certainly remember dancing along in the living room with my sister.

It might have been written in 1934 for a film, but this song will always be remembered as it was performed by The Flamingos. It was even named #157 on Rolling Stone Magazine’s list of “500 Greatest Songs of All Time.” 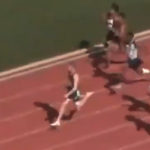