Every year, the Oconee County Sheriff’s Office is flooded with complaints during the opening week of dove season.

More often than not, these complaints come from out-of-state visitors who are unfamiliar with hunting season or just red-state gun laws in general.

This year the Sheriff’s office shared the following notice on Facebook:

Dove season opens September 1. I say that to say this. If you aren’t from here, or you are from some big city like Chicago, New York, anywhere in New Jersey or Miami, it is going to remind you of home. People, known as “dove hunters” will gather in big packs and surround what we call a “dove field” Usually there will be some kind of critter cooking to feed the boys before they embark on their ultimate destination, which again is the “dove field”. A dove field is just a pasture that has hay bales placed at points around the field. Men armed with shotguns will attempt to hunt doves, which are small, impossible to hit targets that will remind you of those scenes of Iraqi anti-aircraft fire around Baghdad that were shown all over the world. Why is this important to you, our Yankee, big city neighbors? Don’t call us. Don’t call 911 to say someone is shooting…let it remind you of home, where gunfire blazing is just a background noise of every day living. We know they are shooting. In fact, most of my deputies will be on a “dove field” participating in the shooting. Mark on your calendars that September 1st at noon the sound of legal gunfire ripping through the air will remind you of home. Dove hunting is a rite of passage in the south, especially around Oconee County.
Calling us won’t make it get any quieter.”

Do you agree with the Sheriff’s Office? 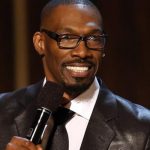